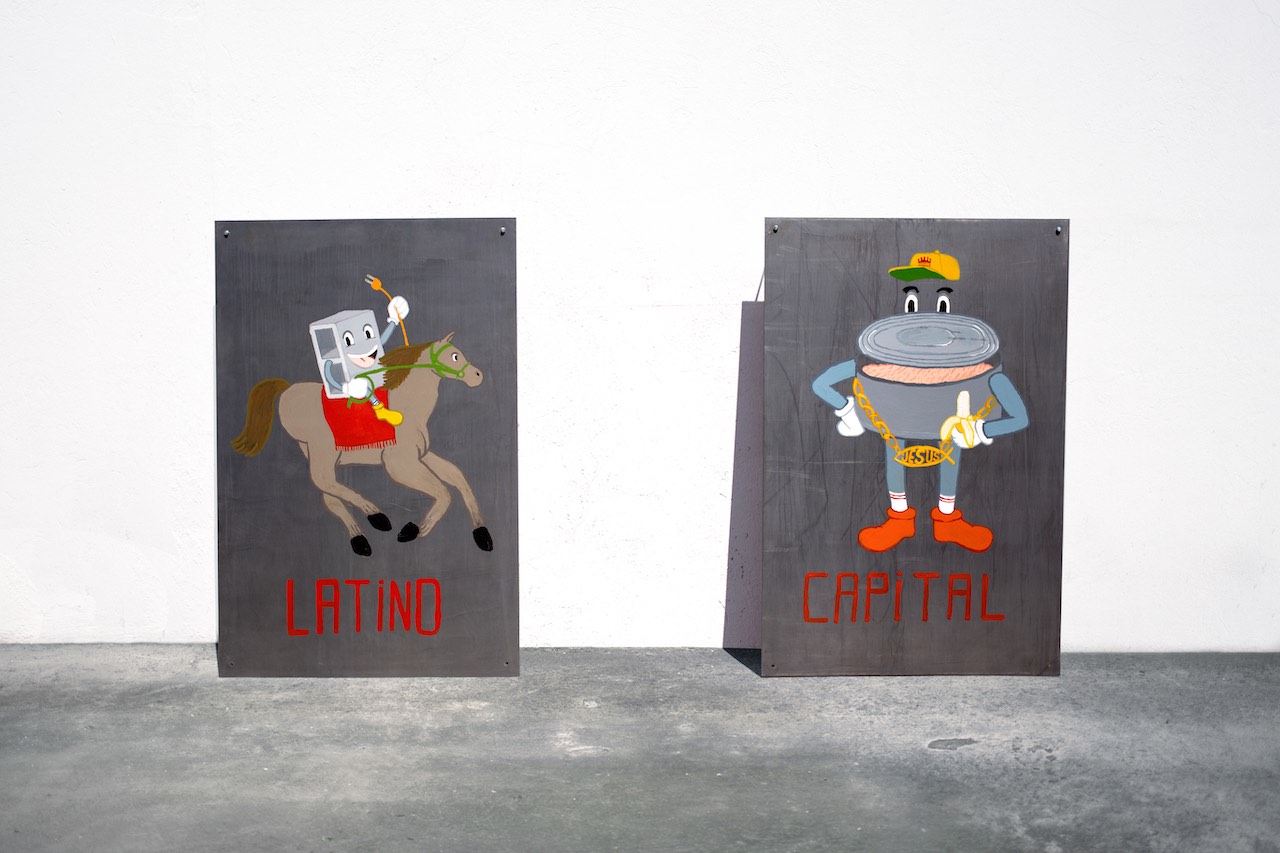 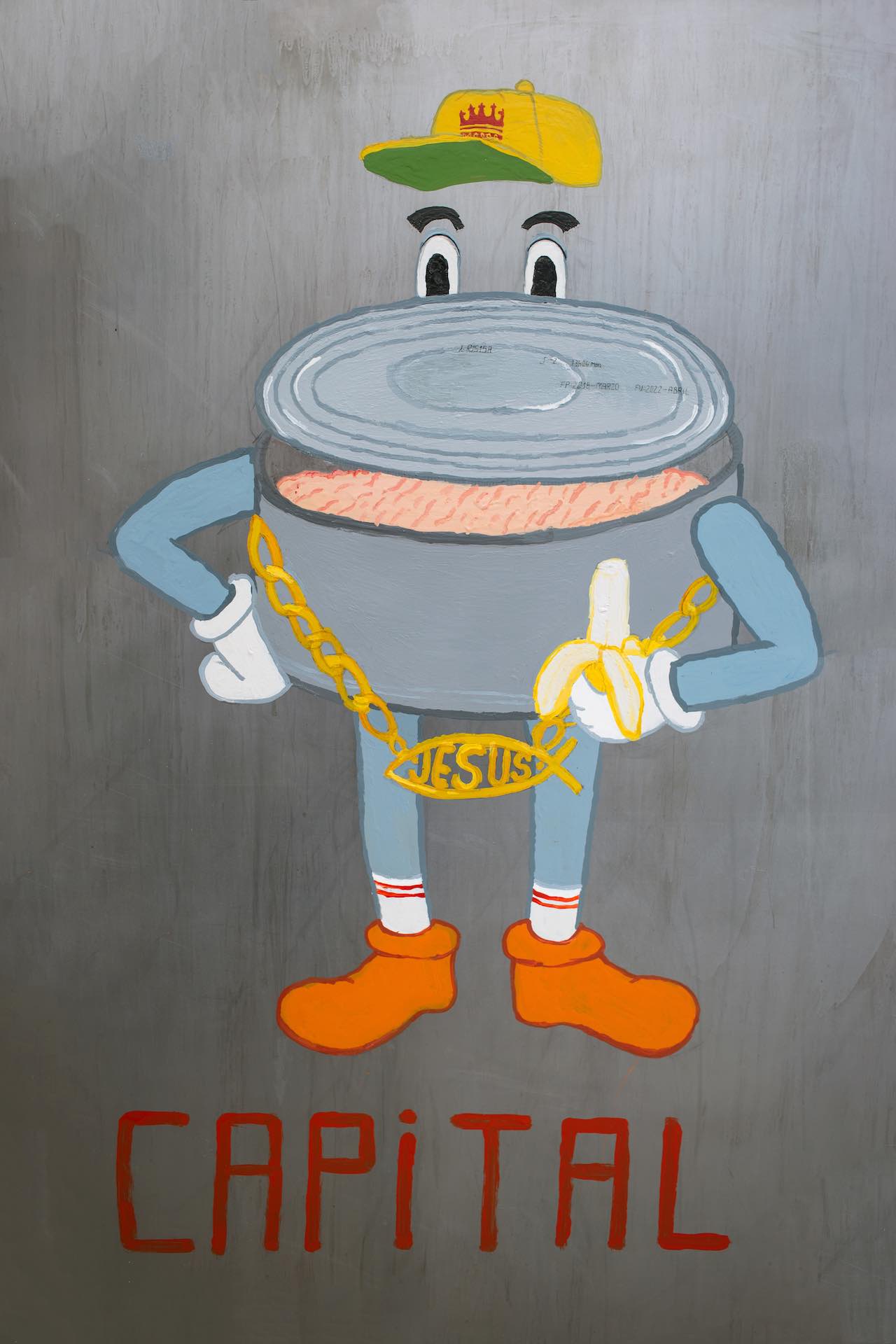 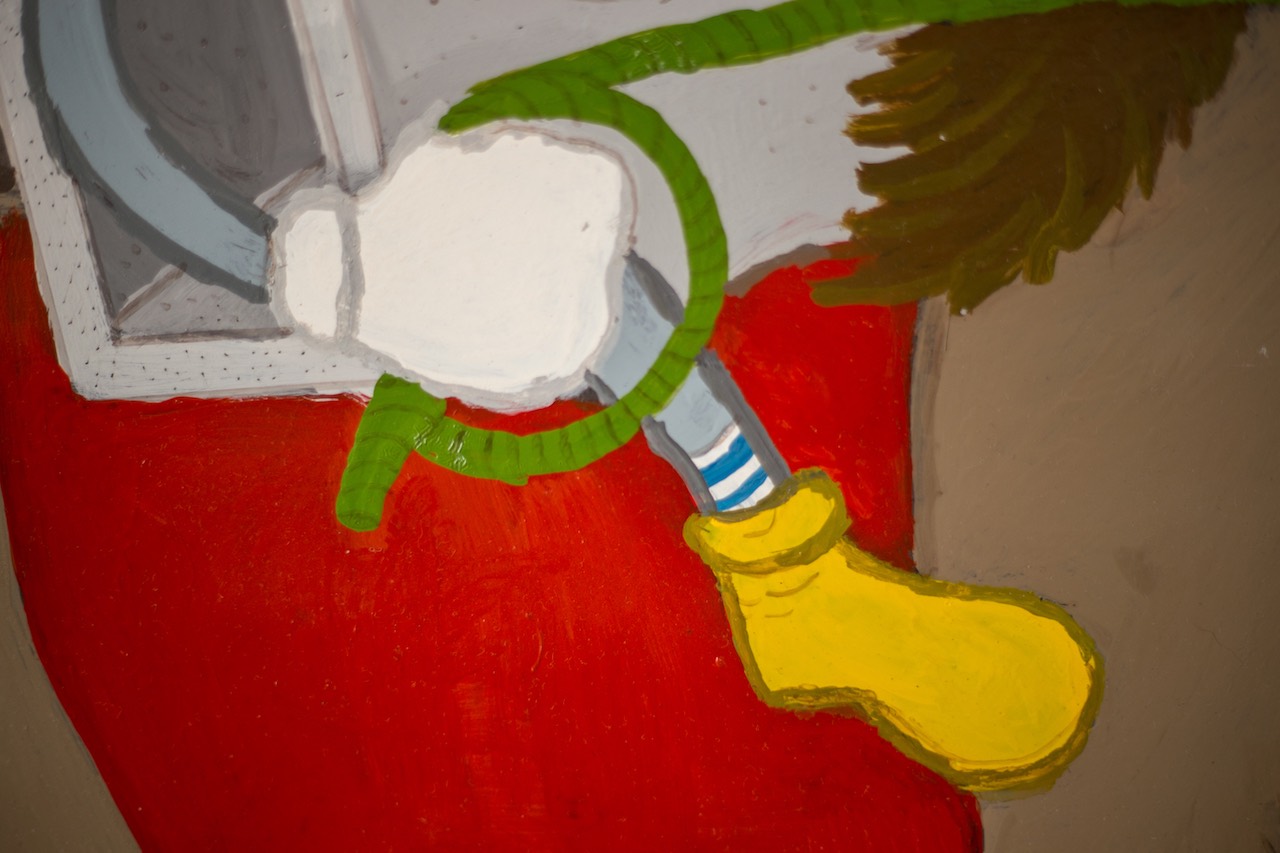 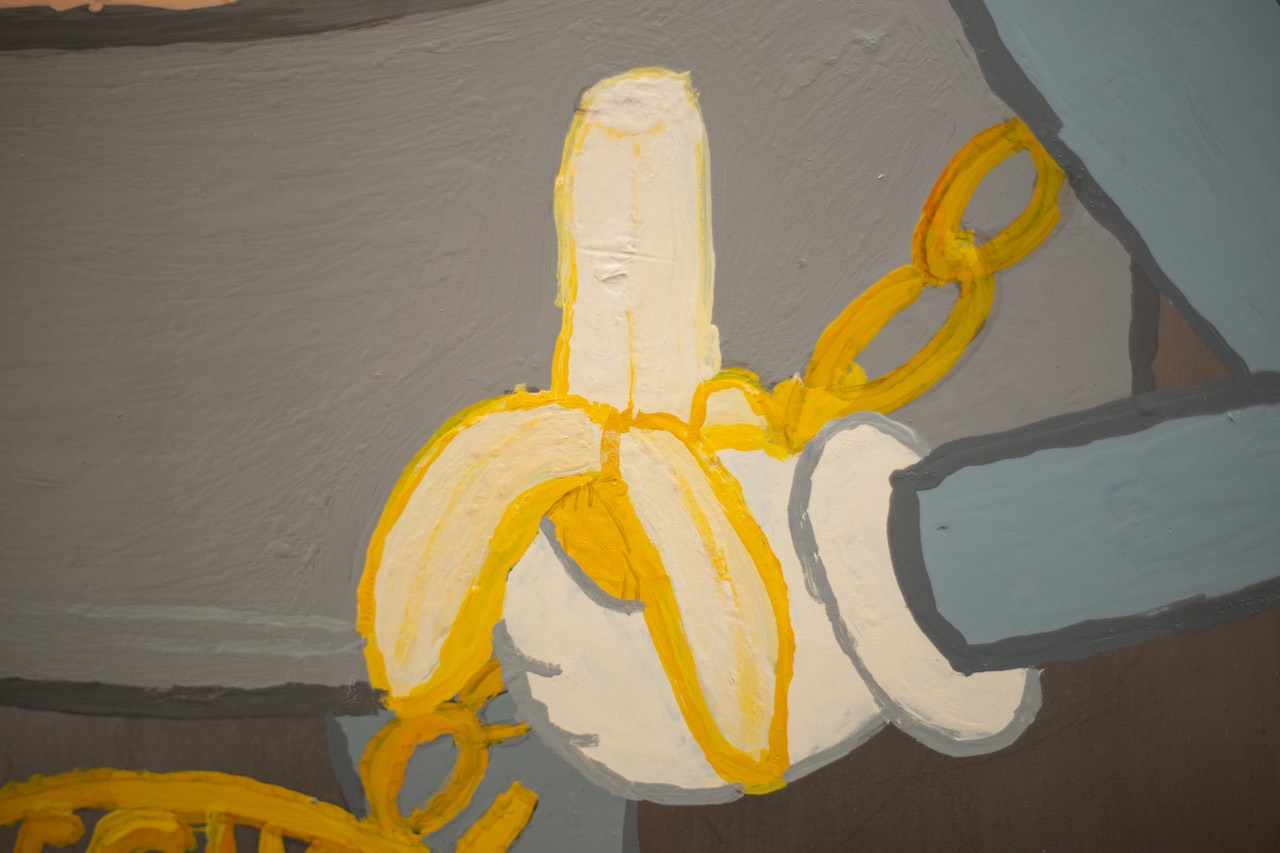 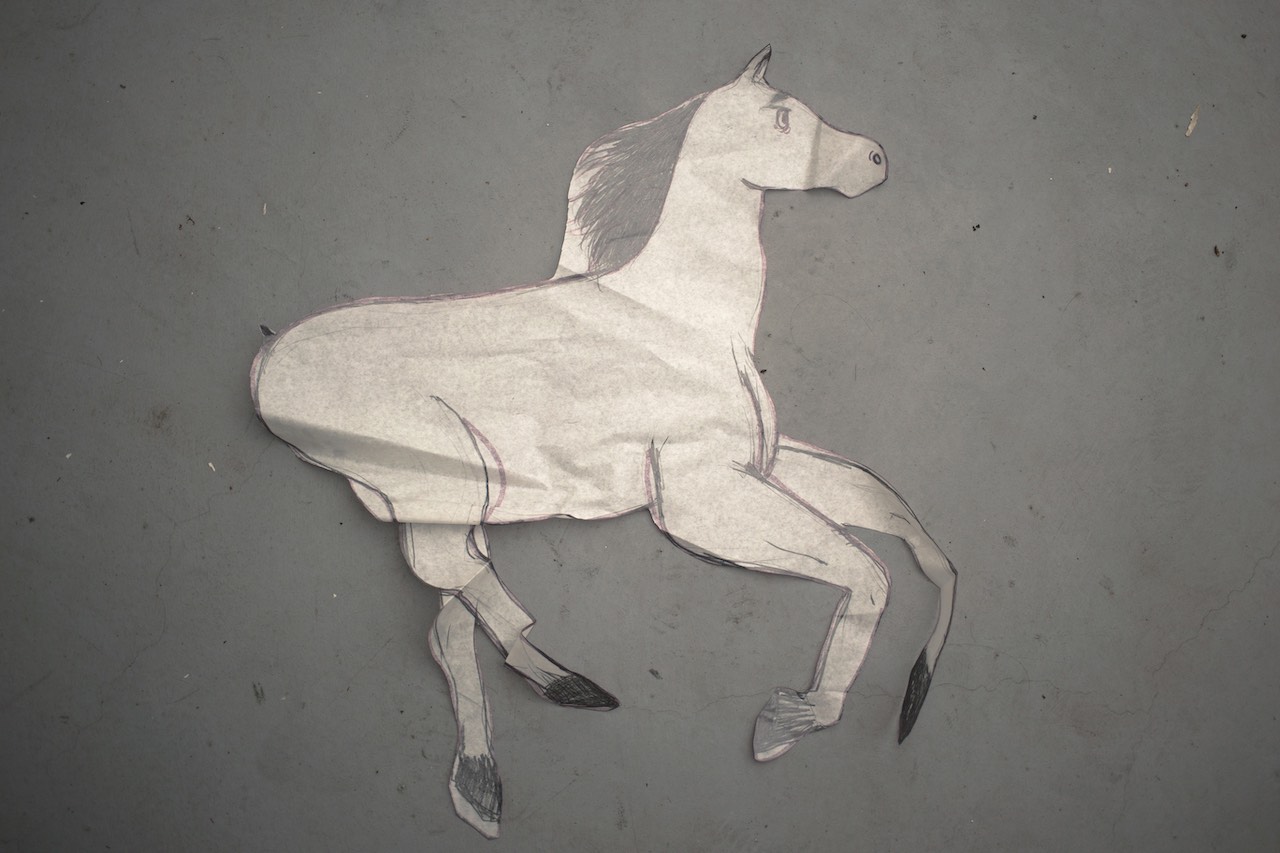 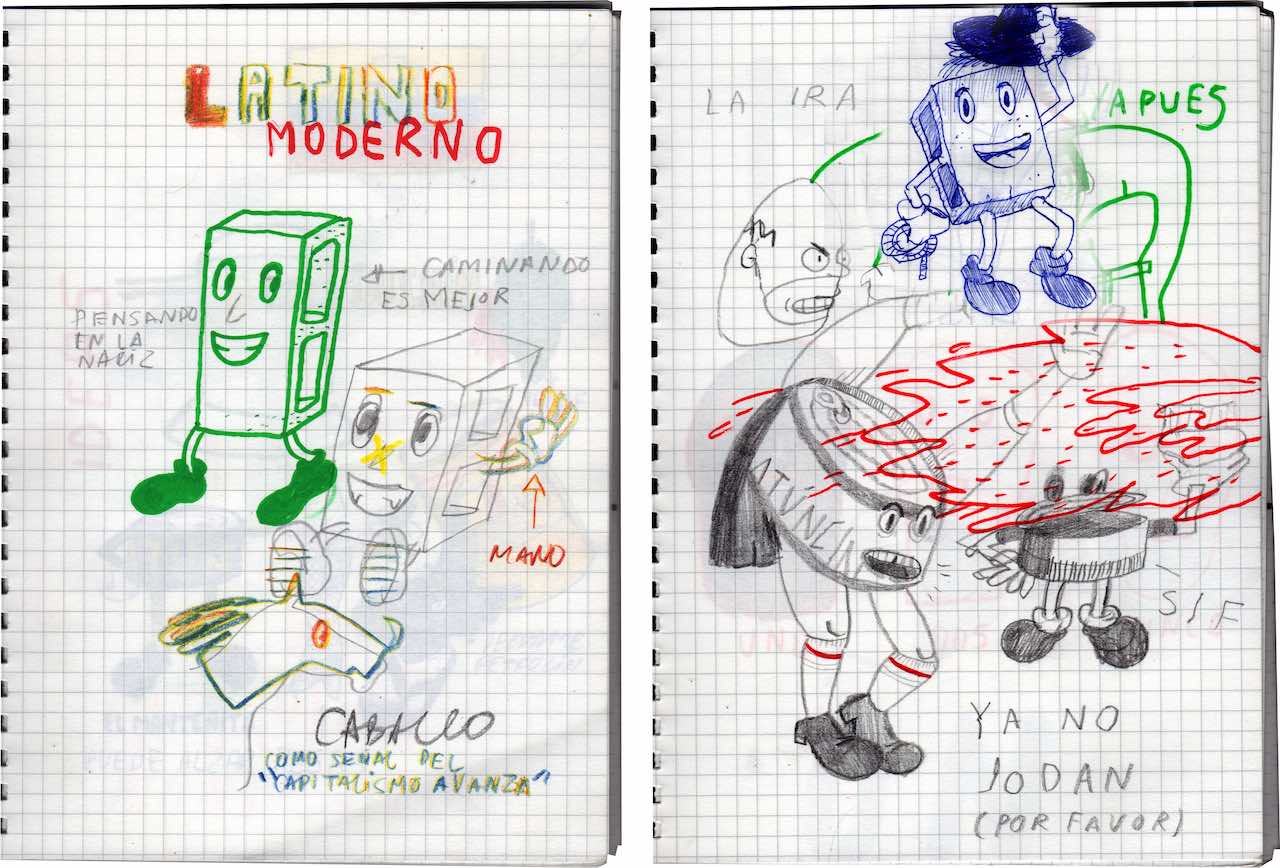 Latino Capital (other politics of tol)

This work explores regional experiences in several cities in the highlands and coastline of Ecuador, geographical movements that have been some of the main means for Baquerizo to understand the reason behind some of his visual interests. Drawings and writings in sheet metal (popularly called tol in Ecuador), wood, old tires, rocks, among other objects, have been used popularly all around the region with commercial or informative purposes.

Following his interest in traveling through different spaces of his daily life, Baquerizo decides to reformulate the pictorial means explored during his previous work. Paper has been replaced, this time, by sheet metal, and the acrylics by enamel paint. This new approach opens a new phase in Baquerizo’s production, where he distances himself from a subjective, empirical means of expression, and builds a relationship with his context and social surroundings.

New characters spawn from these questionings around an unfinished modernity. In Ecuador, since the 90’s, people live an intense form of mixed cultural identity, influenced by Occidental interests. This has led to an ample mixture of visual habits, which have been appropriated and developed by Latin American popular culture. The cartoon is typical of this imagery and also an important form of political satire. These characters are placed, critically, on top of precarious materials, used generally within the context of the street, of popular commerce, under the gaze of several different layers of power and their broad, old, and new ways of shaping popular thought. With Latino Capital (Other Politics of Tol) a search for dialogue with the material becomes a new priority in Baquerizo’s research and production process, thus generating a conversation between power and its results in contemporary Latin America.

Latino Capital (other politics of tol) was exhibited in November of 2018 as a part of NAW!, a parallel exhibition within the context of the XIV Bienal Internacional de Cuenca: estructuras vivientes.