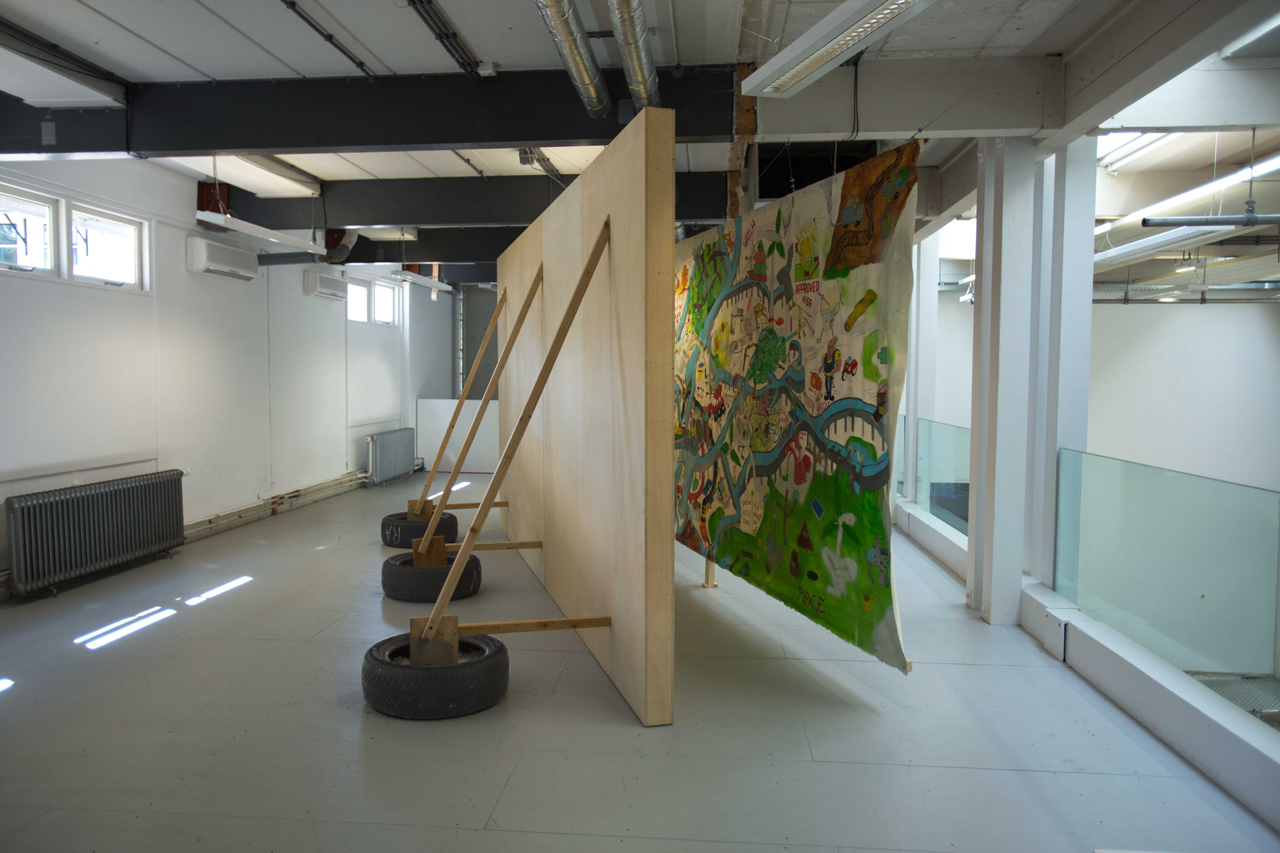 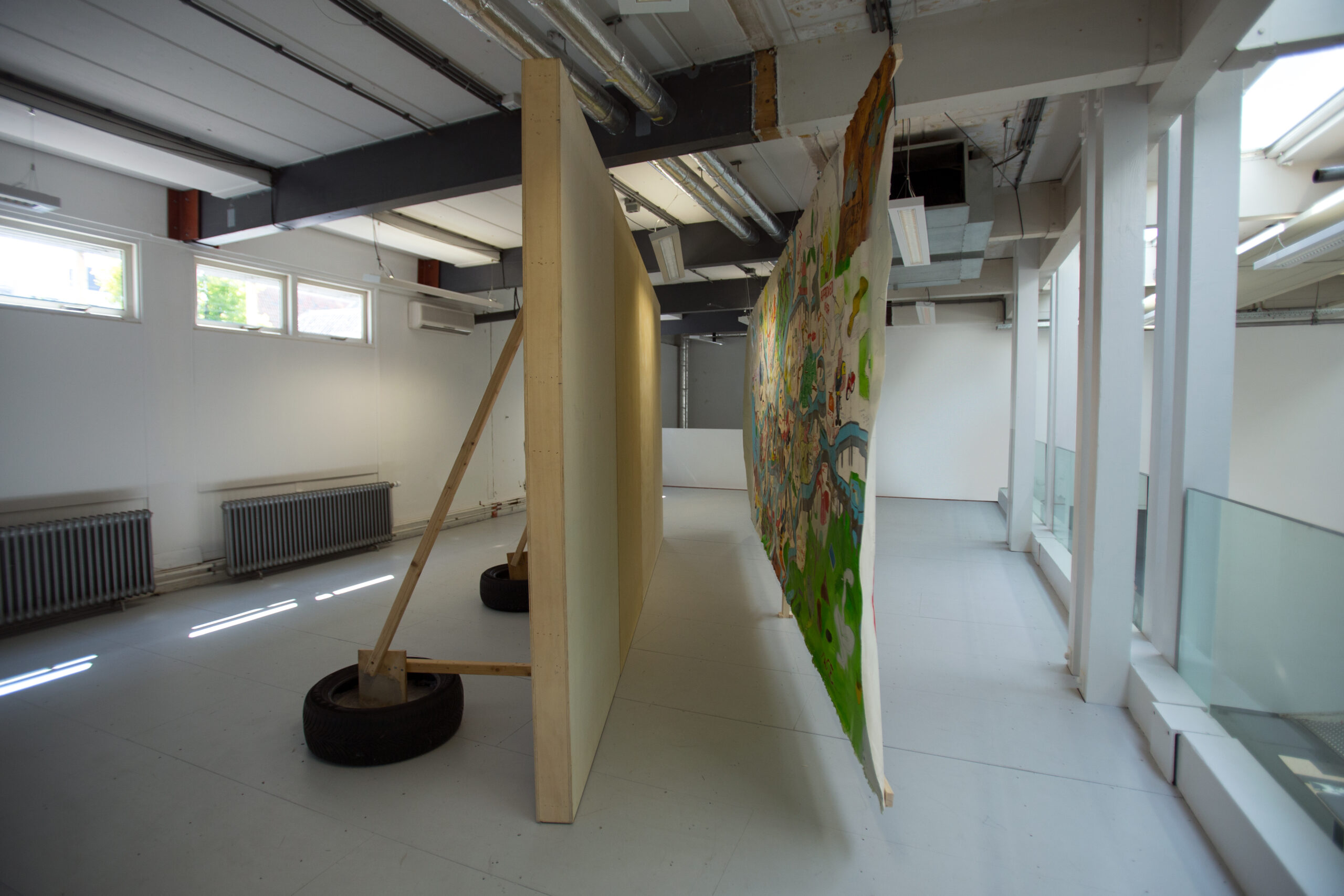 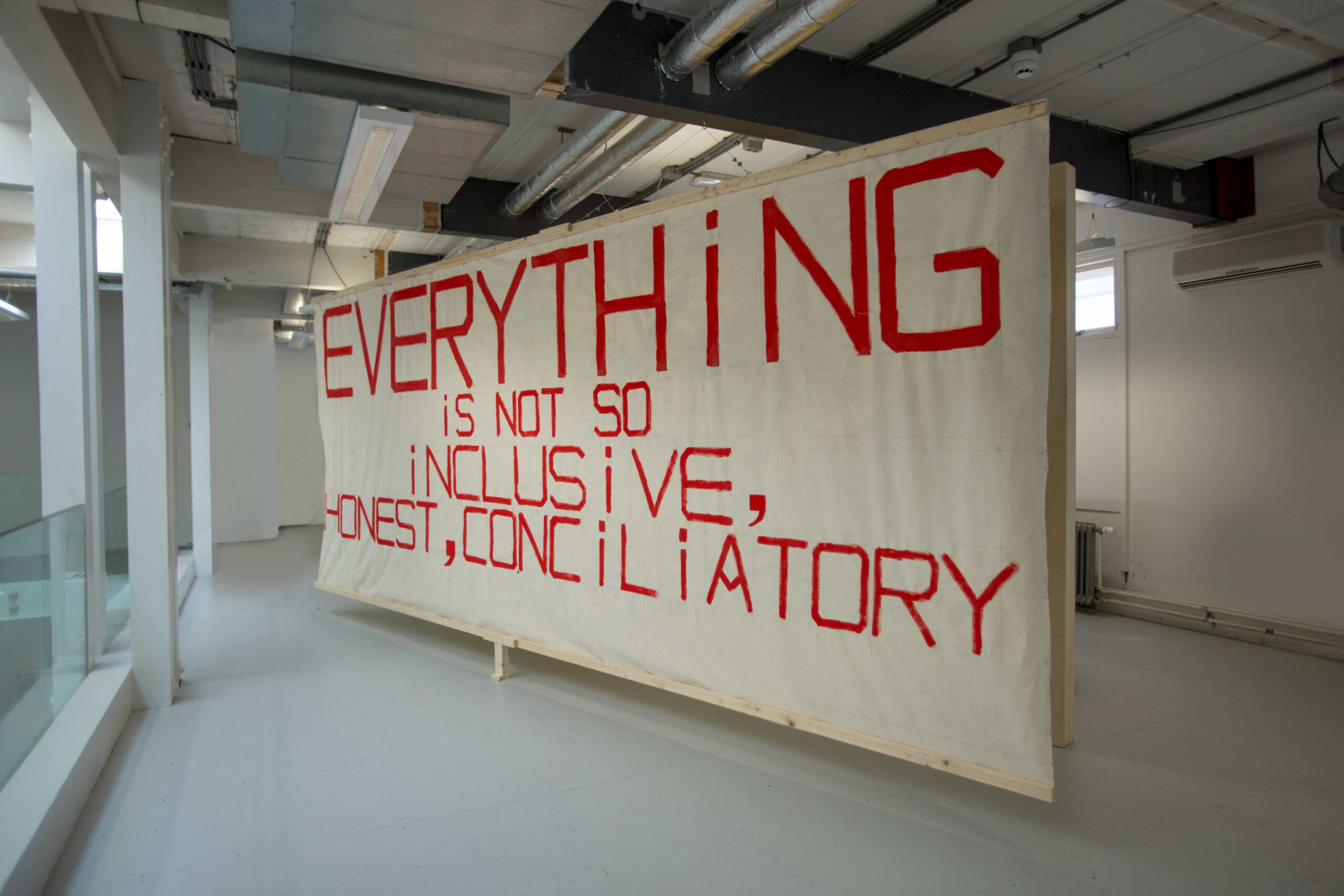 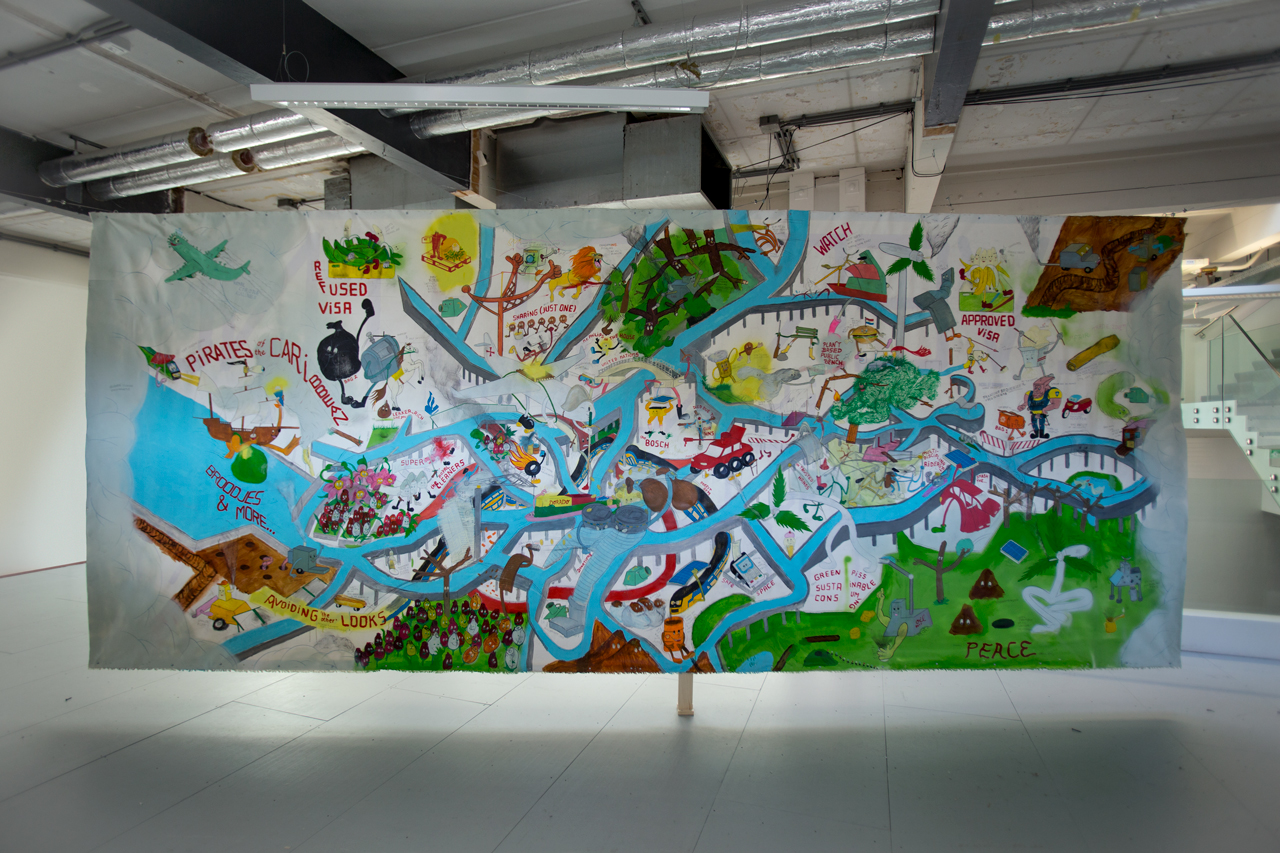 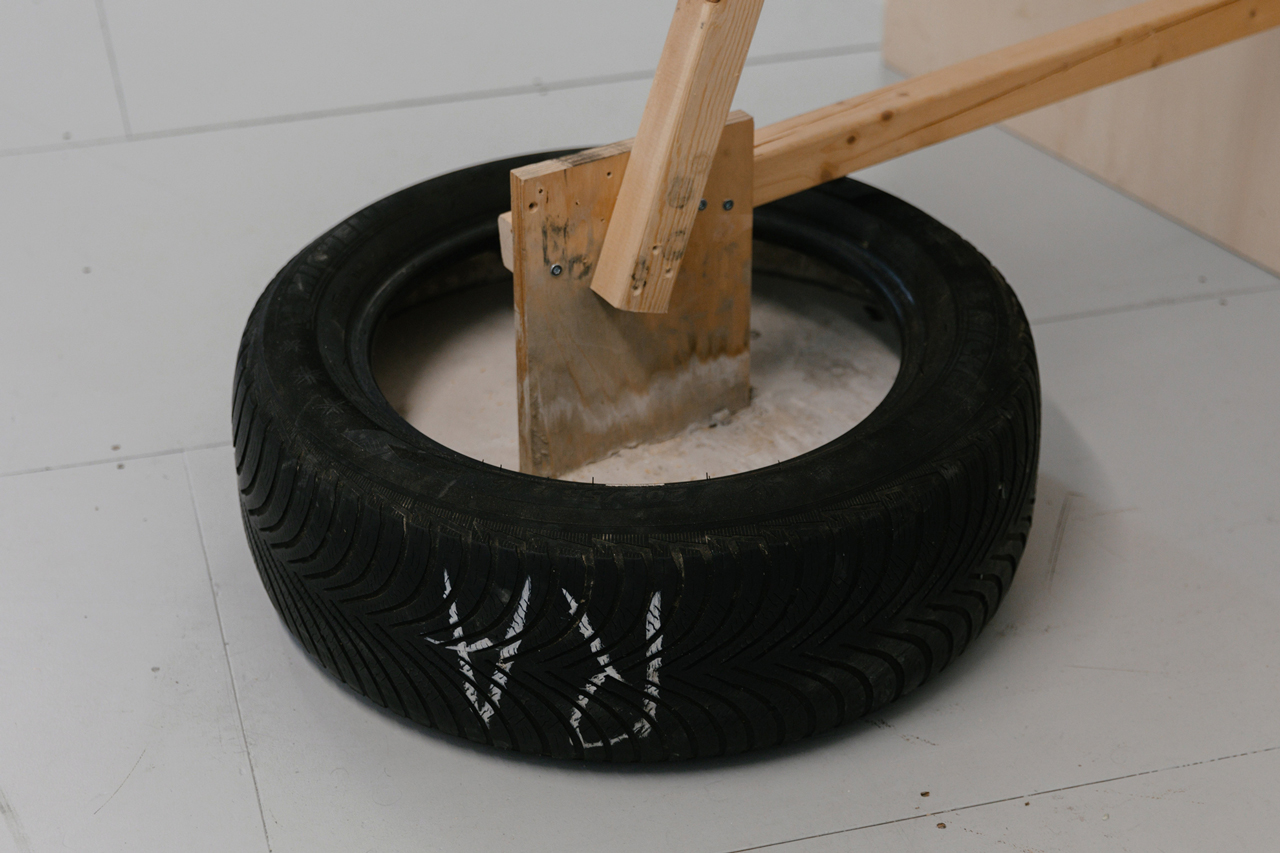 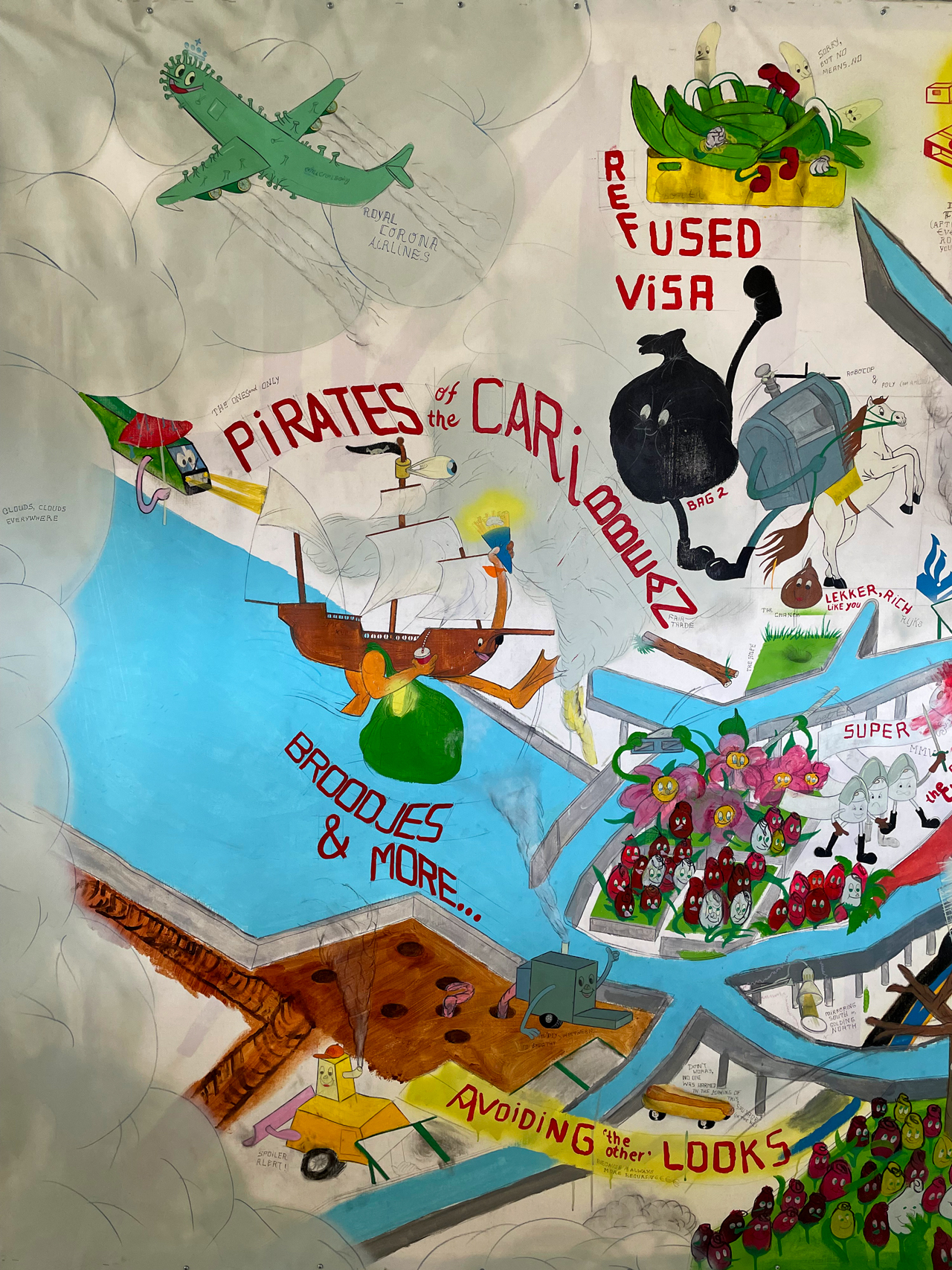 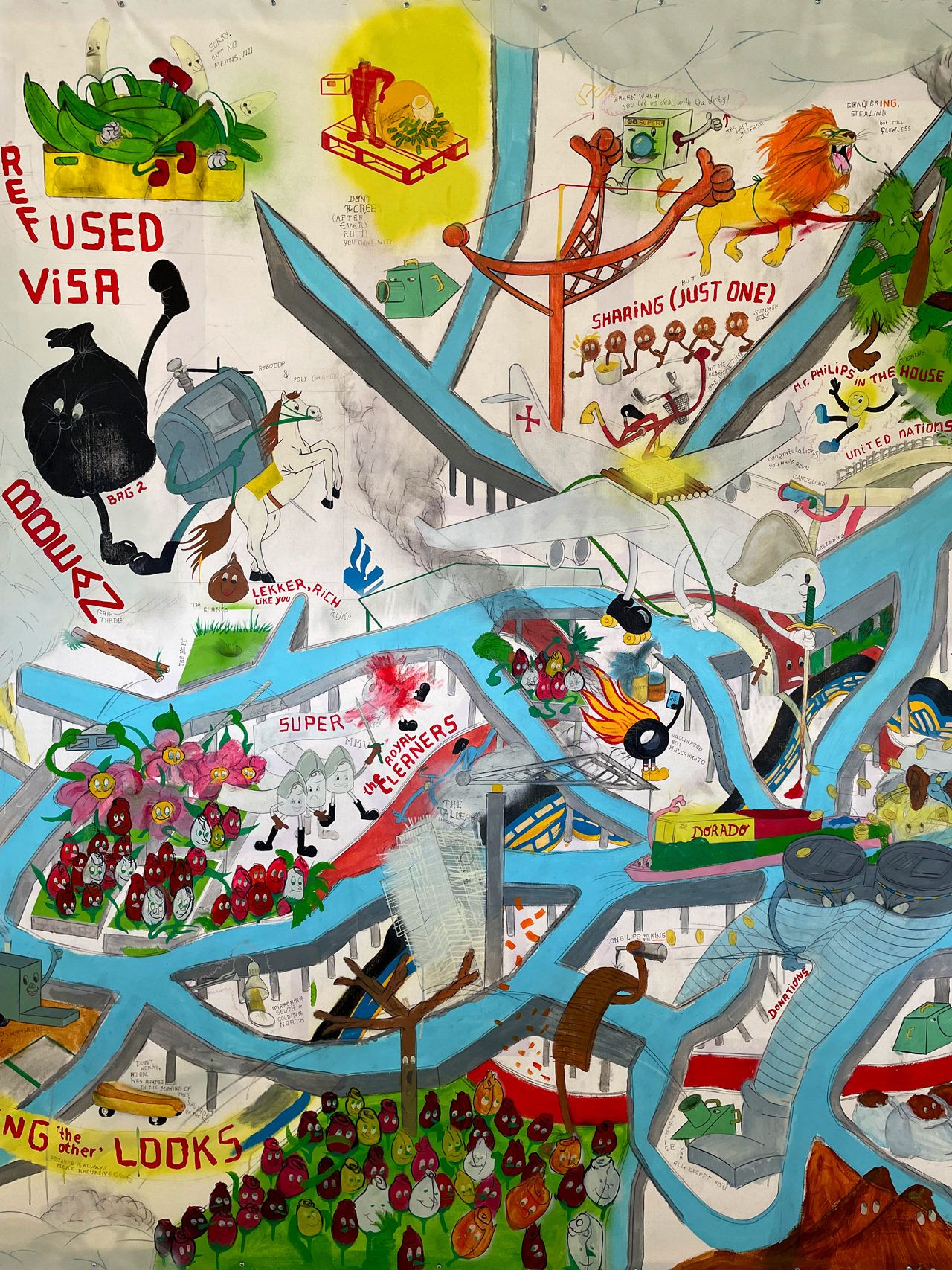 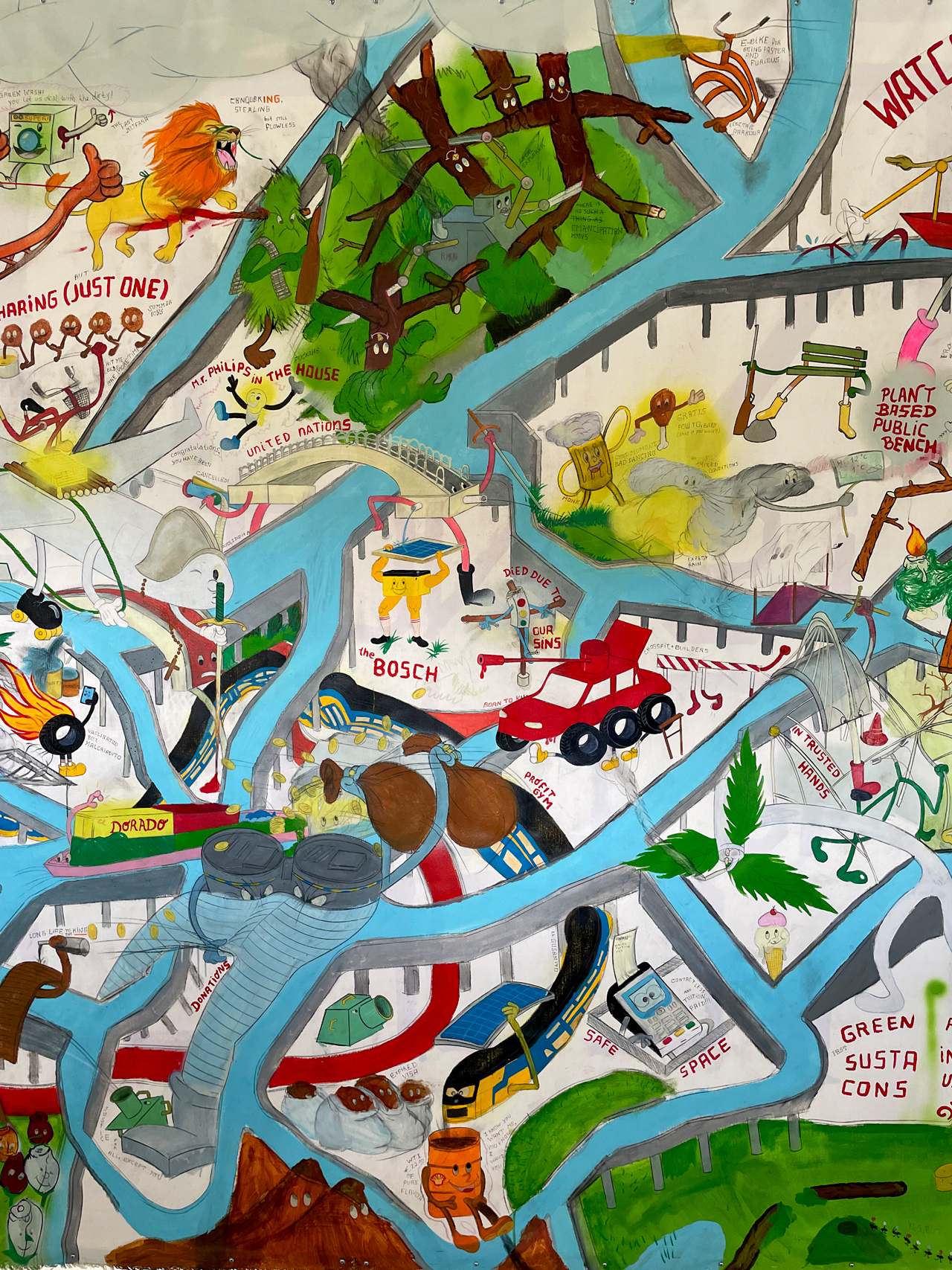 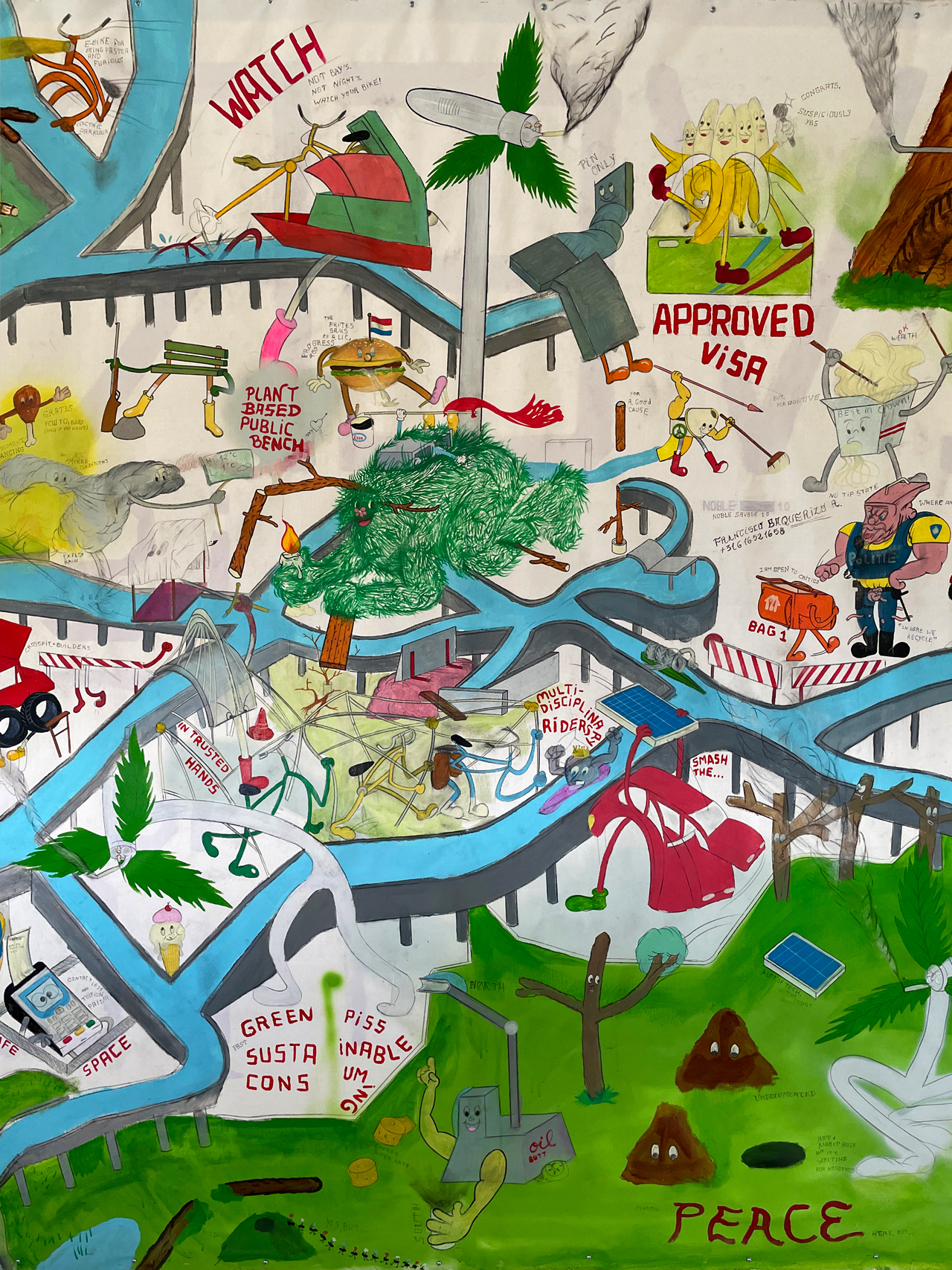 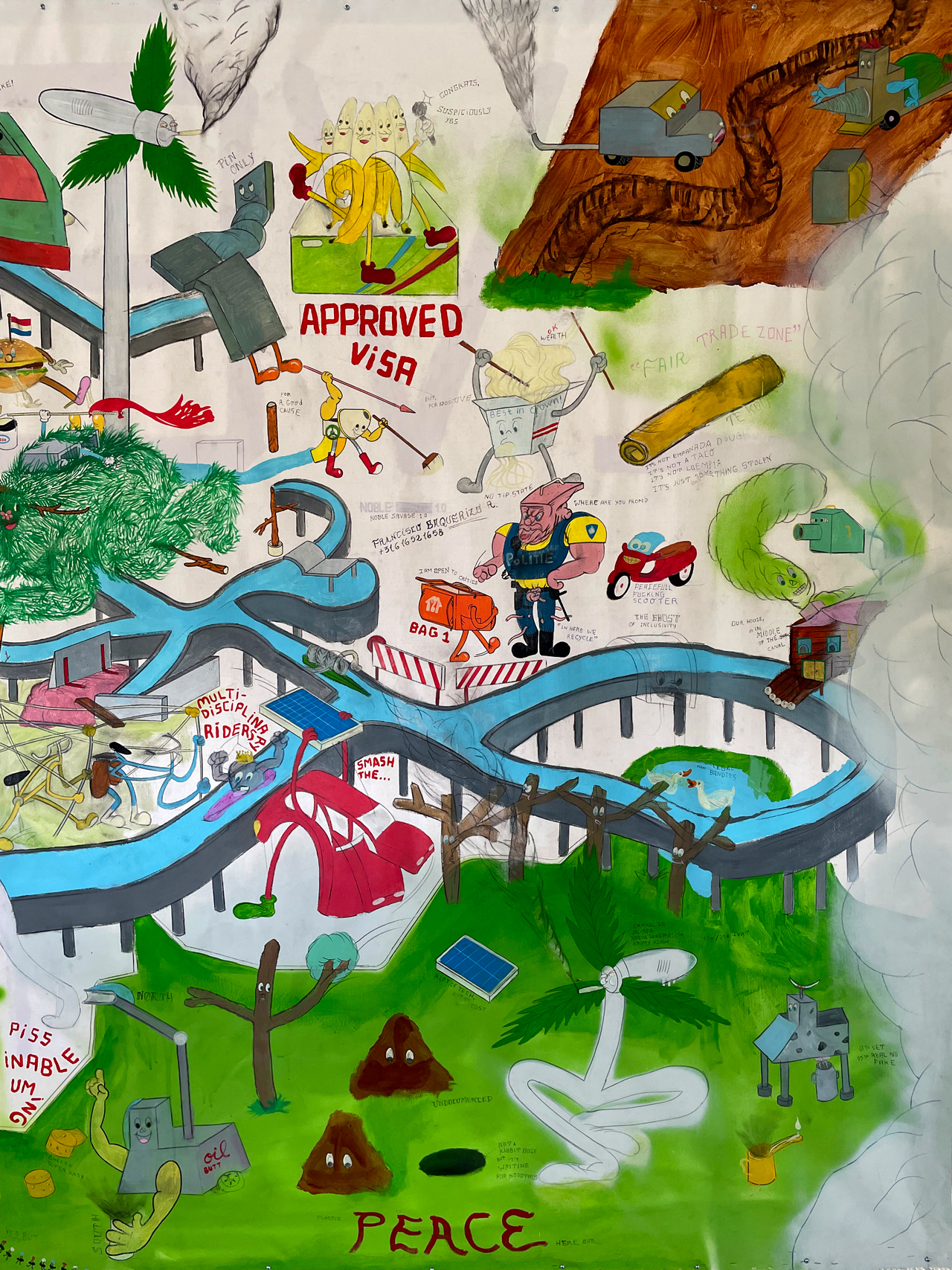 Is it possible to give a personal commentary on the Global North from the Global South? From Latin America (or Abya-Yala, to use its pre-colonial name) to Europe? From Ecuador to the Netherlands? Artist Francisco Baquerizo has gathered these and many other questions during this past year of conducting research in the Kingdom of the Netherlands. Working as a food delivery courier in Utrecht, Baquerizo has critically observed the ostentatious presence of colonial heritage that can be found on almost every corner, immersed in neoliberal politics that are all-pervasive.

Citing the work Todo está muy caro (“Everything is too expensive”) (1978) by Colombian conceptual artist Antonio Caro, Baquerizo points to the cultural and political dichotomy between the two geographies mentioned above–as well as to the difference between his and Caro’s generation–, thereby highlighting his position as an immigrant and observer of his own pains, struggles, and desires.

His use of the canvas in this work offers an ironic critique on how the Western gaze has been imposed upon the imaginary of Ecuador, where the canvas has historically been very present, particularly in religious painting. The canvas was not only used to portray Europe as the main paradigm for Ecuadorian society to be modeled on, and the Catholic church as the one single truth, but it was also employed to indoctrinate “the Other”, the colonized subject, or “the noble savage”, to use a term coined by philosopher Jean-Jacques Rousseau.

Baquerizo describes his role as an “ethnographer wannabe” and his work an attempt to share an observation, using a fictionalized version of the popular language of Latin-American (Abya-Yala) graphics. These graphics are mainly used by informal economies for advertising, like a street food seller using the (unrelated) character of Mickey Mouse to attract customers. Although they appropriate Western popular cartoons, the graphics also offer a glimpse of a widespread resistance against Modernity and its homogenizing effects. The hybrid nature of this type of cultural hacking is rooted in a local interpretation of the West, which highlights, with a certain kind of humor, the politics of representation and the promise of progress that never arrived.

The wooden wall displayed here challenges the viewer to decide whether or not they want to engage with Baquerizo’s annotations and comments. Unlike the Western gaze, his personal commentary is not meant to be imposed on anyone. However, when the public chooses to enter, there is no option to take a step back or keep your distance. Untitled (or Ethnographer Wannabe) is an experiment, an invitation to notice other points of views. The experiment can fail at any time, but it is exactly the possibility of failure that Baquerizo tries to delve into, and perhaps, where we might find a glimmer of hope. 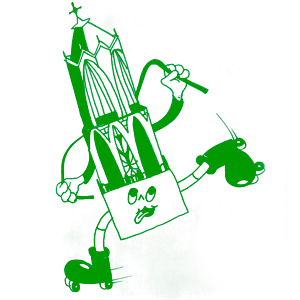